Last month, when I asked Governor Branstad to meet with me to discuss the Bakken Oil Pipeline and the eminent domain bill, I believed that – historically at least – we had two things in common: (1) Criticism of Big Oil, and (2) Support for property rights and limiting the power of eminent domain.

Well, on Sunday, the Governor and I achieved a new milestone in common ground: We both received a thistle from The Des Moines Register. I’ll let the Governor fight his own thistle-battle. Regarding mine, the Register accuses me of wanting to “punish all politicians who don’t agree with {my} crusade against an oil pipeline.” 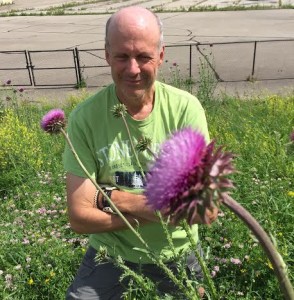 Not true. I’m smarter than that, as the Register concedes (“Fallon is a smart fellow”). I don’t want to punish all politicians who disagree with me on the pipeline. I just want to send enough packing to change the political dynamic at the Statehouse, to let elected leaders know that people are tired of being taken for granted.

And it’s not just me that feels this way. Two days after the announcement of the campaign to target a few key lawmakers, $4,500 in unsolicited donations was pledged to the effort!

The goal is very strategic: defeat one or two majority party members in both the House and Senate. That would send a strong message to leaders in both parties that if they refuse to do what’s right for Iowa’s people, our land and our planet there will be political consequences. (Read the full statement and tell me if you agree.)

If this strategy works and forces politicians to take more seriously the will of the people on eminent domain, it sets a precedent that they’d better take us seriously on other key issues as well.

The Register also says that the eminent domain bill in question would “make it next to impossible for pipeline companies to secure needed right of way.” It’s hard to see how they came to that conclusion. Sure, a lot of us want a bill that does just that.  But this bill is a compromise. It sets a higher bar and creates a more level playing field, giving landowners some protections and a fighting chance against the power of a corporation owned by one of America’s richest tycoons.

The Register also says I should “{know} better than to judge politicians on a single issue.” Constituency and advocacy groups target resources in political campaigns based on a single issue all the time. And if an issue is important enough, there’s no reason it should not be the litmus test for whether or not a politician deserves reelection.

What truly boggles the mind is that in the very same section of Sunday’s paper, the Register talks about the importance of America “reducing its reliance on coal and oil that contribute to climate change.” What a disconnect! Now, The Register is a smart fellow. It seems to understand the urgency of the climate crisis. Yet it supports building an oil pipeline? Go figure.

One Reply to “Wearing my thistle proudly”