I’ve not even taken the first step of my walk and I’m already meeting landowners opposed to the Bakken Oil Pipeline. Last night I had dinner with Hughie Tweedy at a Lee County farmhouse. Hughie is a colorful, fiercely independent farmer whose homestead is just a few farms west of the Mississippi River – and directly in the path of the pipeline. A forest that Hughie and his Dad before him planted and cared for would be torn to pieces if the pipeline were built. Hughie considers his land sacred, and cannot understand how anyone would condemn it for an oil pipeline. 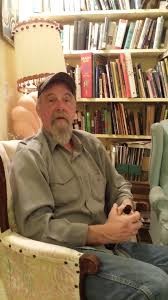 Hughie informed the pipeline company that, in no uncertain terms, his land was not for sale, not for a million bucks. His neighbors don’t want a pipeline coming through their land either, but many feel helpless, resigned to the notion that “you can’t beat City Hall.”

Last night, I told Hughie about some of the nearly two dozen eminent domain battles I was involved with back in the 1990s and 2000s. I told him how farmers and landowners banded together to stop developers who wanted to take their land. Often it was for a lake or an airport, sometimes for a mall or a four-lane highway. When people in the path of these projects stood firm – and got others to stand with them – more often than not, they won.

Hughie is one of several Iowans featured in a documentary focused on Iowans fighting against the misuse of eminent domain. Last night, our evening went late as the documentary crew filled the living room with cameras and equipment and captured much of our conversation.

Today, I head down to the Mississippi River for the first leg of my journey. I’ll take with me cedar, sage and sweet grass given to me by my Native American friend from Earlham, Robert Knuth. Following Robert’s instructions, I’ll offer a prayer of protection for the land threatened by this pipeline, and a prayer that Hughie Tweedy and all caretakers of the land will continue to stand strong.

On today’s Fallon Forum, I’ll call in with an update from the Iowa Pipeline Walk as State Representative Dan Kelley hosts the program in the KDLF studio. Also, Dan interviews the new director of the American Civil Liberties Union of Iowa, Jeremy Rosen, about the surprising lack of pardons issued to federal prisoners by President Obama. Also, State Representative Ruth Ann Gaines joins Dan to talk about the achievement gap in education.