Thank you for tuning in to our weekly broadcast. Progressive voices on the public airwaves are, alas, rare, and independent media isn’t free. Our annual budget is probably less than what Rush Limbaugh spends on coffee in a year. So …

Small businesses and listeners like you are what make this alternative possible. Help us be sustainable. Become a monthly donor, or if that’s not possible, make a one-time donation.

Of course, if you own a small business that’s doing good in the world, we’d love to help you grow that business. Write to ed@fallonforum.com to discuss possibilities for advertising and underwriting on our network. We also help promote events and campaigns.

And remember, friends don’t let friends listen to Rush Limbaugh. To speak bluntly, Limbaugh is toxic mind poison. Best to keep that stuff out of your head. Here are just a few of the racist remarks Limbaugh has made in his long tenure as a talk-show host:

— “I mean, let’s face it, we didn’t have slavery in this country for over 100 years because it was a bad thing. Quite the opposite: slavery built the South. I’m not saying we should bring it back; I’m just saying it had its merits. For one thing, the streets were safer after dark.”

— “You know who deserves a posthumous Medal of Honor? James Earl Ray [the confessed assassin of Martin Luther King]. We miss you, James. Godspeed.”

— “Have you ever noticed how all composite pictures of wanted criminals resemble Jesse Jackson?”

— “Look, let me put it to you this way: the NFL all too often looks like a game between the Bloods and the Crips without any weapons. There, I said it.”

— “The NAACP should have riot rehearsal. They should get a liquor store and practice robberies.”

— “Take that bone out of your nose and call me back (to an African American female caller).” 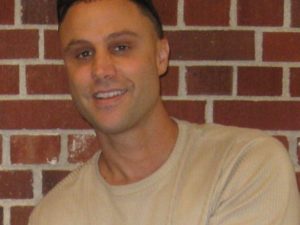 The only voice spewing racism on a louder platform than Limbaugh is President Donald Trump.

On this week’s Fallon Forum Jeffrey Weiss and I talk truth to power and discuss topics you’ll never hear on mainstream radio. We talk about the beating of war drums in the Persian Gulf, and why President Trump’s interest in armed conflict with Iran may be about more than just oil.

We discuss Rep. Tulsi Gabbard’s $50 million lawsuit against Google after the company that controls 88% of all Internet inquiries mysteriously pulled the plug on Gabbard’s advertising account when searches for her name skyrocketed during the first Democratic debate.

Finally, as the debate among Democratic presidential contenders heats up, we pan the range of health care systems in countries around the world and ask which models offer the most relevance to the US as we (inevitably) transition off our failed insurance-based healthcare system.

You can hear the Fallon Forum live every Monday, 11:00-12:00 noon CT, on La Reina 1260 AM and 96.5 FM, online, and live-streamed on the Fallon Forum Facebook page. The program is available later as a podcast, and also rebroadcasts on several community-owned stations. Thanks!