We’ve seen widespread public outrage as more and more light is shed on conditions at US detention centers. Over 53,000 men, women and children are currently “housed” (i.e., imprisoned) at one of 230 centers. Meanwhile this past week, President Trump threatened the biggest-ever sweep of ICE raids, disrupting millions of lives and even forcing the cancellation of a major concert in Idaho. The raids didn’t transpire, but could ICE simply be biding its time? 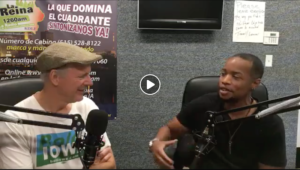 Ron Yarnell and I discuss this on the first segment of this week’s Forum. We also discuss whether the US is letting in too few immigrants. A question that needs more attention is what can the US do to stabilize Central American countries where people are being driven from their homes.

Four years ago Pastor Debbie Griffin started a new church in downtown Des Moines. It’s not your ordinary church. It was formed as an LGBTQ affirming progressive faith community that proclaims Black Lives Matter with a mission of “doing justice, loving kindness and walking humbly together.”

This week, thousands of people from around the US and Canada gather in Des Moines for the General Assembly of Downtown Disciples’ denomination (Christian Church Disciples of Christ). On Wednesday, attendees will close out their national gathering with Rev. William Barber of the Poor Peoples Campaign at a Justice Ministries Rally at the Iowa State Capitol. Debbie and I discuss faith and politics, and how the progressive church is changing the conversation, both locally and nationally.

Pascha Morgan joins us for the third segment of the program to learn about his plans for a 1,200-mile march to “put words like compassion, empathy, and human dignity into action” with regards to the official treatment of and common perceptions about immigrant families. Pascha calls it the March Against Detaining Asylum-seeking Families — or MAD AF. “Love of others can make you MAD AF,” says Pascha.

Finally, last week’s record-setting heat is only going to get worse in the New Climate Era. As Steve Denning writes in a Forbes column on the subject, “While climatology is not yet a precise science, there is increasing evidence that the average global temperature is heading inexorably beyond 2 degrees Celsius and heading towards a threshold of 4 degrees Celsius (7.2 degrees Fahrenheit). Such a trajectory would have dire social and economic consequences. In the cautiously ominous words of the World Bank, ‘the limits for human and natural adaptation are likely to be exceeded.’”

If I may interpret the World Bank’s gloss, what they mean by “the limits for human and natural adaptation are likely to be exceeded” is:

Earth will no longer be able to sustain human life!

Time to mobilize. Now. Before it’s too late.

[Thank you for reading this post and for tuning-in to our weekly broadcast. Independent media isn’t free. Our annual budget is probably less than what Rush Limbaugh spends on coffee in a year. Small businesses and listeners like you are who make this Forum possible. Help us be sustainable and become a monthly donor. Or if that’s not possible, make a one-time donation. Of course, if you own a small business that’s ding good in the world, we’d love to help you grow that business. Write to ed@fallonforum.com to discuss possibilities for advertising and underwriting on our network. Thank you!]