I’m pumped about Saturday’s big event, spear-headed by Indigenous Iowa and highlighting the music of Gabriel Ayala. Gabriel may well be one of the most accomplished guitarists ever to perform at the Iowa State Capitol. Check out his music in the link I’ve included with this post. I guarantee you won’t want to miss Gabriel’s performance.

Saturday’s event is critical as we continue to push back against the power elite and demand justice in the fight against the Dakota Access pipeline. Click here to register your attendance and to learn about the three specific actions we’re asking pipeline fighters to focus on going forward.

Another pipeline fighter goes to trial this week. Come stand with Heather Pearson in Rockwell City on Friday. The trial begins at 9:00 a.m. and we’ll hold a press conference over the noon hour on the courthouse steps. Heather (a.k.a. Bold Iowa’s Director of Rabble Rousing) played a key role in the development of the Bold Action Team tactics that were so successful at slowing down pipeline construction last fall. 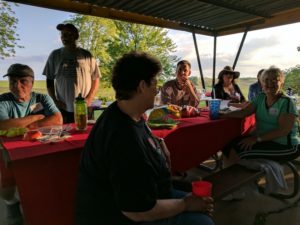 Participants in this spring’s Climate Justice Unity March continued the conversation with residents of Deep River last Thursday over a cookout in the park where we set-up camp the first night of the March. 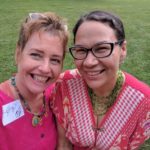 The whole point of the March was to show that there’s unity across the political spectrum when it comes to climate solutions. Regardless of whether people agree on the causes of climate change, nearly everyone wants renewable energy and clean water. Many thanks to Darrin and Molly Ehret, Casey and Charlotte Pierce, Jack and Kim Higginbotham and all the other Deep River area folks who helped pull this together and continue to keep the conversation going. 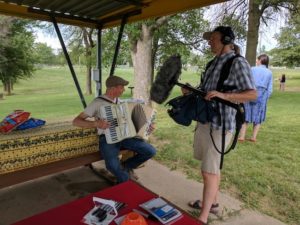 Check out this week’s Fallon Forum, with birthday-boy Ron Yarnell and Ed. Here are our segment topics, and you can listen to a podcast of the show here.

Could America become fascist?
On this week’s Fallon Forum:
(01:48) Climate Update - Trump’s deadly rollbacks;
(14:22) History of fascism, with Drs. Charles and Stephen Goldman;
(26:12) Could America become fascist?, with the Goldman brothers;
(40:12) Biden praises Trump on Israel, with Maria Filippone;
(52:39) Food Security: Why you should care, with Kathy Byrnes of Birds & Bees Urban Farm.