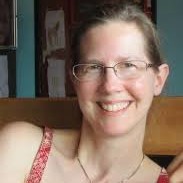 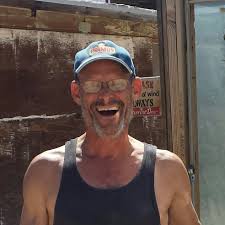 Peter Clay hamming it up on last year’s Climate March

I also want to acknowledge three colleagues who are making a huge difference in the success of the Walk. Shari Hrdina, who served as the Administrative Director of the Great March for Climate Action, keeps all the pieces from falling through the cracks. And there are so many pieces! Shari is the glue behind the scenes, and we could not do this without her.

Peter Clay works with our local supporters along the route to organize meetings. Peter joined last year’s Climate March for 700 miles and is now instrumental as a volunteer with the Bakken Pipeline Resistance Coalition. He continues to keep us networked and supporting each others’ efforts. 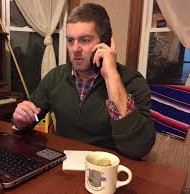 Landowners are asking lots of legal, procedural and technical questions that I can’t answer. Managing this critical task is David Goodner of the Des Moines Catholic Worker. David is one of the most promising young organizers I know, and he’s getting back in touch with the hundreds of landowners and rural Iowans I’ve met along the Walk.

Of course, with legal questions, it helps to have . . . a lawyer! Several experienced attorneys are working with landowners and other parties opposed to the pipeline. Wally Taylor with the Iowa Chapter of the Sierra Club and I recently discussed the contracts signed by landowners – many of whom are opposed to the pipeline. Here’s what Wally shared:

“A number of attorneys agree that the easements landowners are signing or being asked to sign by Dakota Access have serious problems that adversely impact landowners. In fact, for landowners who have already signed easements, they could declare the leases null and void. Landowners should not sign anything until they have discussed the easements with an attorney. Review by an attorney would only require a short conference that would not be very expensive but would save the landowners a lot of heartache.

“We have also discovered that Dakota Access is now presenting an addendum to the easement to provide insurance coverage. The insurance allegedly covers liability of the company up to $5 million per year. This is per occurrence, not per landowner. There is also an additional umbrella coverage for another $5 million. One problem with this is that $10 million doesn’t even begin to cover the cost of cleanup.

“Other pipeline spills have incurred costs of hundreds of millions of dollars, or even over a billion dollars. Another problem is that this is an insurance policy. Anyone who has dealt with insurance companies knows that the company will either deny coverage or try to limit the amount of the insurance payment. A landowner would have to take legal action to be properly compensated, involving great time and expense.”

More and more Iowans are stepping forward to help defeat this pipeline. Perhaps you are already engaged as well. If not, and if you’d like a niche in this critical undertaking, let me know and we’ll make it happen!