I was shocked to learn at last night’s meeting with Van Buren County residents that some landowners have not only reached an agreement with the pipeline company but have even received checks! I thought, “Why would the company pay landowners before the Iowa Utilities Board has even granted them the authority to use eminent domain?”

Then I had an “ah ha!” moment. Energy Transfer Partners – the Texas company that wants to build the pipeline – has deep, deep pockets. Its owner, Kelcy Warren, is a billionaire. What’s a few hundred thousand dollars here and there? Pay off some of the landowners. Create the impression that the pipeline is inevitable. Other landowners will be less inclined to fight if they don’t think they have a chance of stopping it. 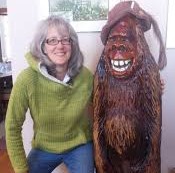 One farmer, who wished to remain anonymous, owns land between two other farmers who have both agreed to sell. He doesn’t want the pipeline, but is uncertain what to do. He’s under a lot of pressure, but he’s in no hurry to make a decision. Pipeline representatives are coming to meet with him this weekend. After our meeting, I felt the gentleman was more inclined to say “no.” It helped that there were people present at the meeting who were not in the path of the pipeline who still want to do their part to help stop it.

One of them is Kim Steele-Blair, who operates an organic farm near Keosauqua. Said Kim, “If that oil contaminates a certified organic farm, what does that do to my certification?”

Good question. Lots of good questions. All along, pipeline advocates have tried to rush this project forward quickly and with an air of inevitability. They want to create the impression that nothing can be done to stop it. They want people to just roll over and take what’s coming.

We know that’s wrong. We know this pipeline can be stopped (just look at what our friends in Nebraska have done to derail the Keystone Pipeline!).  Let’s each do what we can to give hope and encouragement to landowners who find themselves in the cross hairs of a Texas billionaire’s pipe dream.