Since last summer, it has been clear that Kelcy Warren’s company would push hard and fast to get the pipeline built as quickly as possible. 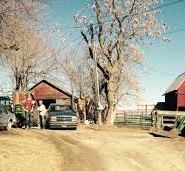 Talking with a farmer along the pipeline route.

But walking across Mahaska County this week, I am learning just how aggressive they have been in making their sales pitch.

Today, I spoke with 12 landowners. About half were against the pipeline. Yet most feel there is nothing they can do to stop it.

One 60-year-old farmer who is dead set against the pipeline nonetheless signed a contract. The company paid him $60,000 for an easement to two acres, access to his property from the nearest road, and for the removal of nine mature cottonwood trees. (He was upset about the cottonwood trees because they provide shade for his cattle.)

But the money wasn’t the main reason he signed. The company official told him they would eventually get his land through eminent domain and he would get less money. The farmer described this sales rep as very slick, very aggressive. The rep would even call as many as six times a day, pressuring the farmer to sell.

The farmer also told me that the pipeline would run across the very highest part of his property. If it broke on his land, it would absolutely ruin the rest of his farm.

I wish I’d had a chance to talk with him before he signed the contract. I told him the company does not yet have the authority to condemn farmland. And I told him there is bipartisan legislation moving in the Iowa House and Senate that would make it impossible for a private business to condemn land for a pipeline.

While most pipeline opponents have yet to sign a deal with the company, some have. We need to keep in touch with them as well, and encourage them to keep us posted on things they are hearing from the company and from their neighbors.