Due to multitudinous requests for more detail about the candidates I’m endorsing . . . .

PRESIDENT: BERNIE SANDERS – This is relevant if you live in California, Montana, New Jersey, New Mexico, North Dakota and South Dakota, or if you have friends who live in those states. In other words, it’s relevant for all of you!

This race is not over. Not even close. If Sanders wins next Tuesday, the Democratic convention in Philadelphia is going to be, well . . . . HUGE! Any American who understands that a Donald Trump presidency couldn’t lead to fascism should be fighting as hard as possible for the candidate best able to defeat Trump in November. Nearly every single poll shows Sanders trumping Trump by significant margins. Hillary Clinton either wins by margins that are sometimes too close for comfort or, in some key states, actually loses to Trump.

A Trump presidency is a risk we can’t take.

I dislike polls as much as anybody. But as I learned when I ran for Congress, professional polls are remarkably accurate. Democrats supporting Clinton need to face the fact that Sanders is the strongest candidate to avert what could be the greatest threat ever to our liberty and freedom.

So, tell your friends and their friends in the states listed above to vote for Bernie Sanders on June 7. If you want to get even more involved, in a brilliant piece of campaign strategy, the Sanders campaign has launched a coordinated effort to ask supporters across the country to call voters in these states. Click here to get on the phone for Bernie.

U.S. SENATE: ROB HOGG – I have good friends who are supporting Bob Krause or Tom Fiegen. I respect that. I would be content with either of them as my U.S. Senator. But Hogg has absolutely distinguished himself as one of not just Iowa’s but America’s most vocal and effective advocates for serious climate action. With Hogg in the Senate, the U.S. Congress will no longer be able to ignore the climate crisis. He feels that strongly about it, and understands it that thoroughly.

And now, to utter words that the Iowa Democratic Establishment dreads . . . . I will not vote for Patty Judge in November. I will vote for Hogg, Fiegen or Krause if any of them wins the nomination. But not for Judge, and I know there are lots of Iowans who feel the same way. The last thing the U.S. Senate needs is another pawn of corporate interests. On this account, Judge has a long and distinguished record. My interests, and I suspect your interests, will be not be those that drive Judge as a U.S. Senator. As when she was Iowa Secretary of Agriculture and Lt. Governor, it will be corporate donors who have her ear, not us.

So, not only is Hogg the best candidate to fight the climate crisis, he’s also the best candidate to beat Judge in the primary and Chuck Grassley in November. Want to learn more from the man himself? I’m hosting a house party and concert for Rob at 735 19th St in Des Moines this Sunday, June 5th from 4:30-6:30 p.m. Donations to Rob’s campaign appreciated but certainly not required. Here’s the link to the Facebook invitation.

U.S. HOUSE DISTRICT 1: MONICA VERNON – The First District is the northeast quadrant of the state. Honestly, I don’t know Monica Vernon that well. I’ve met her a few times, like her well enough, and hear good things about her. But I know Pat Murphy really well, and when I think of people I enjoyed serving with at the Statehouse, Murphy is not on even on the long list. He was difficult to work with, and often opposed me and others on progressive legislation that the vast majority of voters supported.

This primary election is pretty much a repeat. Murphy won last time, only to lose in the general election in a district that is overwhelmingly Democratic. He had his chance and blew it. I say it’s time to give Vernon a shot.

U.S. HOUSE DISTRICT 3: DESMUND ADAMS – The Third District includes Des Moines, Council Bluffs and southwest Iowa. I’ve been crystal clear that Desmund Adams is my guy. (Click here to see the video from my house party for him.) Adams is a fast study on issues, and as our Congressman, he’d be Iowa’s lone progressive voice in Washington. (Someone pass that along to Congressman Loebsack for me.)

The other Democratic candidates are Mike Sherzan and Jim Mowrer. I’ve only met Sherzan once and don’t have a good sense of his priorities, though I could conceivably vote for him in November.

But as with the U.S. Senate race, I’ll make it perfectly clear that, should Jim Mowrer win the Democratic primary, I will not vote for him in the fall. The last thing Washington needs is another foreign policy hawk whose main claim to political viability is a tenacious ability to rake in money from special interests.

Besides, in terms of winning the general election, Adams presents the greatest contrast with Rep. David Young — and contrast is never a bad thing in a swing district such as the Third.

IOWA HOUSE DISTRICT 29: DAN KELLEY – Dan Kelley has done an excellent job over the last six years representing Jasper County at the Statehouse, where he’s admired for his sincerity, integrity and hard work. He’s been Iowa’s most vocal opponent of the Bakken Pipeline — which is, I suspect, one reason he has a primary opponent from . . . you guessed it: The Democratic Establishment.

More than anything, Dan needs boots on the ground, so to speak. Come join me in Newton on Saturday, June 4 at 10:00 a.m. to knock on doors for Dan so we can send him back to the State Capitol where he has done so much good for his constituents and for all of Iowa. Click here for detail on Saturday’s door knocking event. 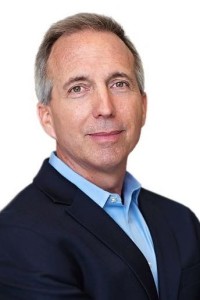 IOWA HOUSE DISTRICT 41: EDDIE MAURO – I first met Eddie Mauro when I was helping deliver meals to the homeless along the Des Moines River one day. No, Mauro wasn’t homeless. He was delivering meals, too. That impressed me, and suggested that he has the heart and sense of compassion needed of a true public servant. So, if you live in Sherman Hill, southwest Des Moines or west-central Des Moines, please consider giving Mauro your vote.

Check out podcasts from this week’s Fallon Forum: