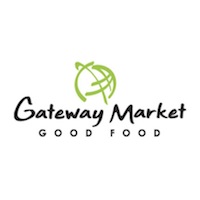 {Check out and “like” my Facebook Page for pics, videos and impressions of the presidential candidates . . . and for updates on my exploits with chickens and organic gardening.}

“Hey kids! Forget the pony rides. This year, Crazy Uncle Donald’s taking you for a spin in his monster-copter.”

And thus, Iowa’s premiere annual showcase of cultural, culinary and agricultural glory morphs from State Fair to Trump Fare. Hopefully, 2015 will be an anomaly, with future fair-goers spared the pomp, press and privilege of a Donald Trump visit.

Or, for that matter, a Hillary Clinton visit. Like Trump, Clinton refused to appear on the Presidential Soapbox. And unlike the other candidates, instead of entering the fairgrounds through a public gate, Clinton slipped in to an exclusive corner of the grounds, where the fair’s big-money donors park their RVs for the week. Welcoming Clinton to the fair was a hand-picked entourage including three of Iowa’s Democratic kingmakers: Tom Harkin, Jerry Crawford and Bill Knapp.

(Warning: incoming vent. “Democratic kingmakers” . . . unless the Democrat is too progressive, too critical of big business. In 2010, Crawford had no qualms backing Republican Bill Northey over Democrat Francis Thicke for Secretary of Ag. Similarly, Knapp had no qualms backing Terry Branstad over Jack Hatch for Governor last year. Really, the two aren’t so much Democratic kingmakers as they are Status-quo King-and-Queen makers.)

In terms of pandering to the national media circus, the Trump and Clinton campaigns can declare their Iowa State Fair visits a success. In terms of providing access to the voting public, both candidates failed miserably — by design.

Fortunately, most presidential candidates seem willing, if not eager, to submit themselves to the exposure and risk provided by the Des Moines Register’s Political Soapbox. Shari Hrdina and I listened to and/or spoke with six of the candidates. Here are my impressions.

Mike Huckabee: I applauded loudly when he spoke in strong, unflinching language about the importance of art and music in our schools. But alas, Shari and I had separate conversations with him about climate change, and those did not go well. Initially, when Shari asked about the climate crisis, Huckabee drew a blank, wasn’t quite sure what she was talking about. He emphasized that he is a strong conservationist, but went on to extol the virtues of fossil fuels. Nice guy at any rate, and hopefully, next time someone brings up the climate crisis to him, he’ll at least know what we’re talking about.

Jim Webb: He’s running for the Democratic nomination, but given his remarks on climate and energy, he’d fit more comfortably in the Republican field. Webb came out boldly in favor of oil, gas, coal and nuclear. He’s a big fan of pipelines, too. And when he and I were talking one-on-one and I politely pushed him a bit on the need for a climate mobilization, even though there was no one else waiting to talk with him, he gave me an abrupt “Thank you,” a.k.a., “This conversation is over.”

Martin O’Malley: Such a pleasant, personable fellow! He gave one heck of a strong speech, too, on a range of issues. I talked with him for a bit before the Soapbox about both the Bakken Pipeline and the Pledge to Mobilize. He didn’t commit, needed to learn more, and that’s reasonable. I look forward to continuing the conversation with him, and encourage YOU to ask him about both issues as well.

Rick Santorum: I expected no mention of climate change from the former Senator from Pennsylvania and was not disappointed. But he talked plenty about prosecuting Planned Parenthood and putting terrorists in body bags. Next.

Lincoln Chafee: I really like Chafee’s low-key style, direct answers and transparent sincerity. When I first met him over a month ago, he told me he supported the Keystone pipeline. When I came up to him at the Fair, not only did he recognize me, but he remembered the issue we talked about, and before I could even ask, he told me he’d come around to oppose Keystone! We talked further about the Bakken pipeline, and he accepted from me a copy of the Pledge to Mobilize. For those who have a chance to attend future Chafee events, I strongly encourage you to continue to dialogue with him on both issues.

Bernie Sanders: Huge, I mean huge, did I say HUGE crowd for Sanders on the Soapbox. Possibly the biggest State Fair Soapbox crowd ever. I had a chance to shake his hand, say hello, but Sanders had no time for conversation. From the Soapbox, he spoke strongly about the urgency of the climate crisis, and I was pleased later in the day to get this Facebook message from Heidi Drees-White about Sanders’ position on the Bakken pipeline: “I asked him in Boone today. He said no, not in favor! A very resounding NO I might add.” That’s great news, because I had talked with him personally twice about the issue, and he said he hadn’t taken a stand on it. Now, let’s encourage him to sign the Pledge to Mobilize.

Visiting the Fair to “bird-dog” presidential candidates was draining, but productive. This morning, Shari and I are off to see what Carly Fiorina has to say . . . and maybe ask a question or two about climate and pipelines.