If you think dialoguing with Trump voters is a waste of time, here’s the unsolicited message I received from Nik Refsland, the National Guard recruiter I interviewed last week:

“Ed, I have to tell you, being listened to has made a huge difference for me. I am not very concerned about climate policies. But I feel good knowing that you are watching my blind spot. I feel I can trust you to be at my six without stabbing me in the back about what I am most concerned about. And I don’t want to dismiss your concerns because I know you are trying to protect me and my family and OUR country, OUR world. And it was just a few hours of talking. That is how our political system is supposed to work.” 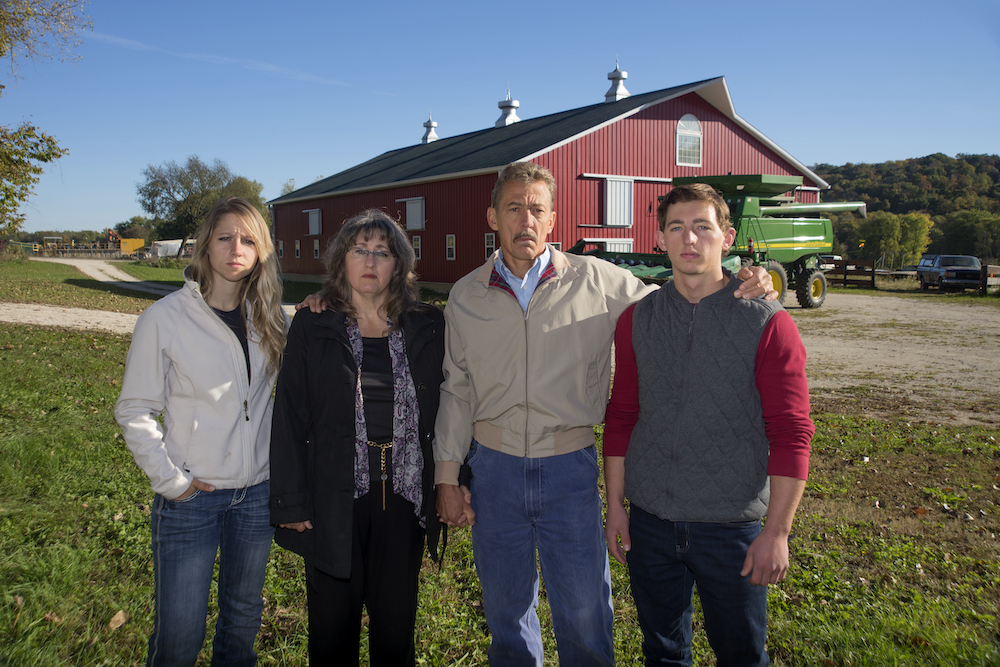 The Phipps family on their century farm in Boone County, Iowa.

This week, I talk with Weslie Phipps. He and I met six years ago when I knocked on his door at the midpoint of my 400-mile Dakota Access Pipeline (DAPL) walk. The pipeline company wanted to use Weslie’s fields for a construction staging area, but changed its mind after a conversation that ended with Weslie stating, “They’d have to carry me out in a pine box before I’d let any oil pipeline people on my property.”

A company representative replied, “We’ll make note of that.” In the end, the company steered clear of the Phipps’s farm.

On another occasion, Weslie and his family stood in silent protest of eminent domain abuse as nineteen pipeline opponents — including two landowners and me — were arrested blocking DAPL construction traffic as it prepared to bore under the Des Moines River. 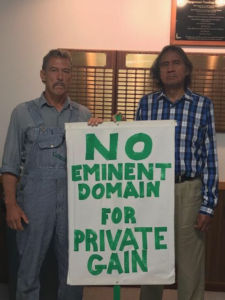 And in 2017, during the First Nation – Farmer Climate Unity March, Weslie and his wife, Teresa, joined our group for dinner. Weslie spent hours talking with Frank LaMere, a Winnebago elder from Nebraska who has since passed away. The two identified a lot of common ground.

Weslie is the kind of guy you want on your side in a fight against a big, bullying corporation. He and I have found other areas of agreement, though choice of presidential candidates wasn’t one of them. Surprisingly, unlike many Trump supporters I talk with, Weslie was less enthusiastic about voting for Trump in 2020.

“Trump didn’t stand up for people’s freedom of speech the way I hoped he would,” says Weslie. “Extreme socialists and communists want to squelch our First Amendment, as we can see by what’s happening to social media being shut down to those with conservative viewpoints. Each person should do due diligence to establish facts in seeking out truth. Besides, who do you assign as gatekeepers and what are their biases? We should not and cannot police thought or speech. It’s against our Constitution, and that’s the supreme law of the land.”

I tell Weslie most Trump voters I talk with support Trump because they see him as an outsider. “Trump is as fake as a three dollar bill, like politicians are,” counters Weslie. “His talk about cleaning the swamp was just talk. He never gave Americans hot meat and gravy; it was always just lukewarm, thin chicken soup. However, he was under tremendous, constant attack from pre-day one.”

Weslie also disagreed with Trump for outlawing bump stocks. “Trump infringed on the Second Amendment when he did that,” says Weslie. “I wasn’t excited about voting for him again in 2020, but I didn’t really have a choice. I wasn’t going to vote for Joe Biden.”

What drives Weslie more than anything is his passion for the US Constitution, another area where he feels Trump failed. He says, “Trump knew that campaigning on protecting the Constitution would greatly help him get elected. So he talked about it four years ago, but he didn’t really understand the power it carries, nor did he respect it.”

Starting around the 8:30-minute mark of our radio interview, Weslie and I dig deeper into the US Constitution, which I see it as a living, shifting document. Its core remains solid, though modifications are inevitable.

Weslie agrees that amending the US or Iowa Constitution might sometimes be needed. But such changes should be minimal and very deliberative. “The words of our Constitutions are ageless. You certainly cannot nullify the inalienable rights given to mankind from God,” says Weslie, who is also strongly pro-life and supports the Second Amendment, home schooling, vaccination-free choice, private property rights, and term limits.

“It requires statesmen to know what violates the Constitution, and if you don’t have that you’ll get politicians who want to redefine it,” he says. “The power has somehow shifted away from the people, and now the politicians want us to believe it belongs to them. Our elected officials are merely public servants. Unfortunately, the power that corporations have today, that’s our fault, because we sent people to public office who did not protect anti-trust laws.”

I ask Weslie if there was a Democrat running in 2020 he could have supported. “Tulsi Gabbard was way more qualified than Biden,” he says. “I’m not sure why they closed the curtain on her, that really surprised me. She’s not a war monger. She had the backbone to speak against Hillary Clinton. I’d like to have heard more from her, and her versus Trump would have been a lot tougher decision.  I believe she could have won over Trump, even in a fair election.”