THIS WEEK’S PROGRAM: CHAOS AT THE CAPITOL, VACCINE ROLL OUT, AND MORE

I met Steve Hickenbottom in 2015 at the start of the fight against the Dakota Access Pipeline. We’ve been friends ever since. I have deep and lasting respect for Steve’s courage in joining the lawsuit against the pipeline, which we unfortunately lost. 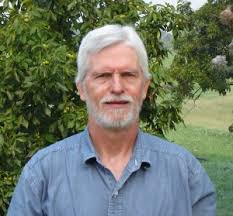 Steve and I also share a commitment to organic farming, which Steve’s been doing since the 1970s. Back then, Steve and his cousin, Danny, were drafted by the US Army. Steve was sent to a reserve unit in Washington, Iowa. Danny was sent to Vietnam. After Danny came back to the US a year or two later, he died from Agent Orange

Steve wanted to know what killed Danny. So he studied the chemical make up of Agent Orange and found some of the same ingredients related to 2,4-D – a pesticide used extensively on Iowa cropland.

That convinced Steve to try to farm organically. In the spring of 1979, he planted 250 acres of organic corn and got only 44 bushels per acre. But Steve kept at it, yields improved, and he’s made a living raising organic corn, soybeans, and hay ever since.

Through the early 1980s Steve was a Democrat, but he switched in the Reagan years. “I voted for Trump because he isn’t an insider,” said Steve. “He’s not a politician. He came out of the real world, and he’s probably the only man we’ve had in that office in my lifetime who knows what $1 billion is worth.”

“Trump’s delivery isn’t very tactful,” admits Steve. “He just says it like it is, and sometimes that’s pretty hard-core. I agree with what he says, just not always how he says it.”

Steve admits his vote for Trump was, to some extent, a vote against Joe Biden and the Democrats. “In America, we’ve got so many successful people, it’s just too bad we can’t nominate candidates more suitable to run for president.”

Like many Republican and independent voters I talk with, Steve says he didn’t leave the Democratic Party. The Party left him. “Republicans are more pro-life, and that’s important to me,” says Steve. “Also, I see the Republican Party wanting to offer a hand up, rather than a handout, to people who’ve fallen on hard times.”

Steve and I agree that the federal government’s farm assistance programs need an overhaul. “Subsidies for farming haven’t accomplished what they were supposed to,” notes Steve. “The playing field needs to be leveled to be fair to those of us raising crops organically. For example, in 1980, I got $24 a bushel for my soybeans. In 2020, I sold the same product for $23 a bushel. That’s actual dollars, not adjusted. If that doesn’t tell you something’s wrong, I don’t know what will.”

Steve also points out: “Fifty to 70% of all the food consumed in the world is grown in the Midwest, yet that comes at a price in terms of soil erosion and environmental damage. If farmers got a fair price they wouldn’t have to rape the land, and more farmers would consider organic production.”

Regarding climate change, Steve says it’s definitely a concern. He’d like to see us invest in research to develop better batteries for electric cars. “Let’s start working on cars that get 100 miles per gallon. We’d burn less fuel, reduce the need for pipelines, and maybe slow climate change. But we can’t make the cure worse than the problem. Take Diesel Exhaust Fluid (DEF) for instance. That was pushed, and now DEF is showing up in the water supply, and it’s toxic.”

Steve’s also concerned about coal-fired power plants: “Worldwide, I don’t think we’re the biggest problem. China is putting up hundreds of new coal plants. If we turn the US 100% green, we’re still not going to get the results we’re after. We’ve got to get the rest of the world on board.”

Steve’s probably not going to become a Democrat any time soon. But he doesn’t want me and other Democrats to give up on the Party. “I hope you try to clean it up. Someone’s pulling the strings and running the Democratic Party. I don’t know whether it’s George Soros, a foreign government, or others with big money. But it’s not the Party I used to belong to, that’s for sure.”

Something Steve and I share is greater confidence in the American people than in the two dominant political parties. He says, “If you could get 100 every day Republicans and Democrats in a room together, I think you could sit down and figure things out way better than some of these professionals and elected folks are doing.”

On this week’s program, Steve and I also talk about the chaos at the US Capitol last week. That conversation starts at the 1:44-minute mark. I hope you’ll give it a listen and share your feedback. Thank you.