Some of the more undesirable features of life on Earth have already gotten worse in the New Climate Era: stronger storms, hungrier mosquitoes, more virulent ticks, a historically embarrassing president. 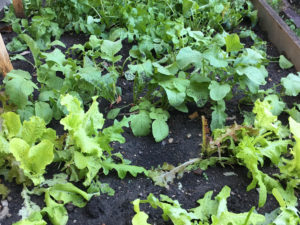 Our fall bed of lettuce, arugula, and radishes has been going strong since late August.

Ok, we can’t blame the ascendency of Donald Trump on climate change. But he is exacerbating the problem with such moves as deleting references to climate change from the White House website, withdrawing the US from the Paris Climate Agreement, and supporting fossil fuel expansion with the Dakota Access pipeline, the Keystone XL pipeline, and fracking.

As climate change progresses (read “worsens”), the list of undesirable creatures and features is only going to grow. 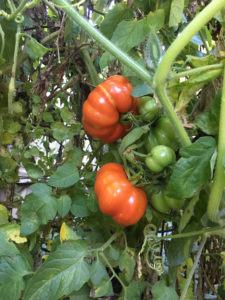 I have, however, noticed a few positives to climate change — most notably an extended fall garden season. As both carbon and methane emissions further concentrate in Earth’s atmosphere, growing some (or much) of one’s own food is likely to become not merely a pastime but an essential element of life. So, with an eye toward both great dining today and survival in the future, I’d like to recommend to you the virtues of a robust fall garden. 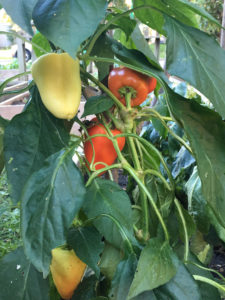 And I’d like to remind you that you’re welcome to come tour our urban farm during the event Kathy and I are hosting for Rob Sand and Deidre DeJear this Saturday, September 29, 8:00-10:00 a.m. at 735 19th Street in Des Moines. We’ll serve a light breakfast (much of it from our garden), and US Senator Jeff Merkley (D-Oregon) will be here. Merkley’s on the list of Dems potentially interested in running for President in 2020.

Thanks for reading, and enjoy the urban farm collage below, or check out the guided video tour on my Facebook page. 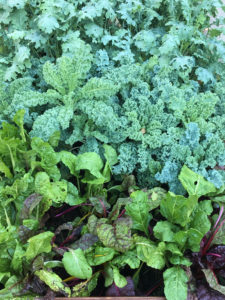 There ain’t no stopping these greens: Swiss chard, kale (two varieties), and collards. 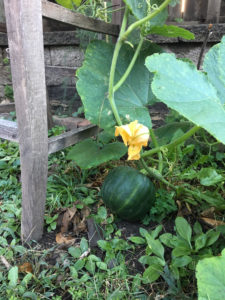 Squmpkin! This accidental cross has proven hardy and resistant to pests and powdery mildew. 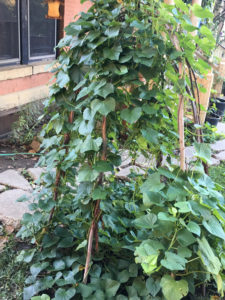 We don’t have a lot of land to work with. But the sky’s the limit (sort of), so we rigged this vertical sweet potato spider trellis. 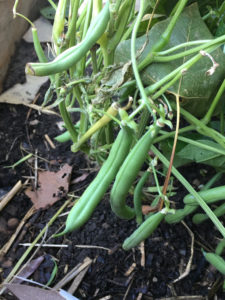 Our second planting of green beans (in the raised bed where we grew cauliflower this spring) has done really well. 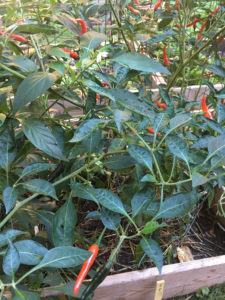 Our two hot pepper plants are nearly seven feet tall! I’m not a huge fan of scorching my palate, but when a crop does this well, you learn to love it. 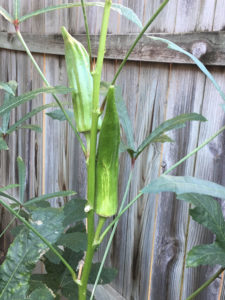 We left these pods of okra to ripen to have seed for next year. Seed saving in the New Climate Era is likely to become a standard household activity. 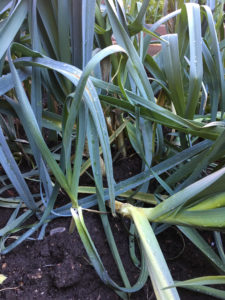 Leeks are another crop that keep on giving — and they’re so hardy they’ll likely continue to produce into November. 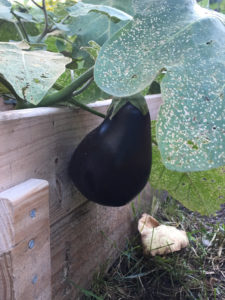 We’ve still got some eggplant, though the plants are fading fast. Gotta figure out to control the flea beetles next year. 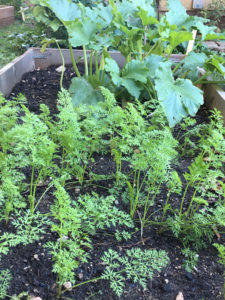 We won’t harvest these young carrots til November. Behind them, fall zucchini is a new experiment. No flowers yet, but we’re hoping. 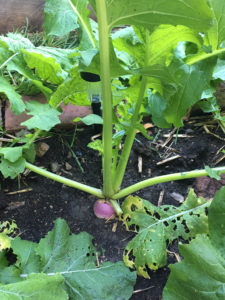 Turnip bulbs are starting to flesh out. We planted more turnips than normal people should be allowed to plant. Enough said. 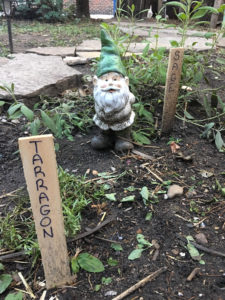 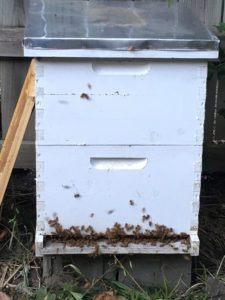 One hive failed, but the other just gave us over two gallons of honey!