[Apologies for errors in the links included in yesterday’s press release about the DAPL court ruling. Here’s the corrected and edited release. To share your concern with Attorney General Tom Miller about his support for the pipeline, use this email address: Lisa.Wittmus@ag.iowa.gov. For reference, here’s the letter I sent him.]

Janet Clark and I have a lot in common. We’re both deeply concerned about the climate crisis. We compost, drive a Prius, and limit our meat consumption. We are published authors, and both caucused for Bernie Sanders in 2016. 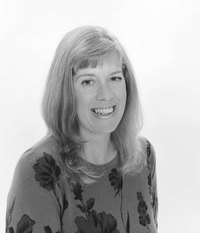 Differences? A few. Most notably, I voted for Hillary Clinton and Joe Biden in the past two elections. Janet voted for Donald Trump.

Janet was born and raised in Fort Dodge. She lived there for 53 years before moving to the Quad Cities, where she’s resided for the past ten years. Among other hats, Janet is the author of two books — Blind Faith and Under the Influence. She’s working on a third.

Janet’s interest in politics dates back to age ten. “I’ve always been a political junky,” she says. “I was the Webster County chair of George McGovern’s campaign for president in 1984. More recently, I was a strong Barack Obama supporter, and an even stronger Sanders supporter in 2016.”

Janet appreciated Sanders’ outspoken opposition to global trade treaties, like the Trans-Pacific Partnership (TPP). “I also liked Sanders’ passion for people,” says Janet. “I thought that he couldn’t be bought.”

Like many voters, Janet believed the 2016 Democratic primary was rigged to assure Hillary Clinton’s victory. She was deeply disappointed that Sanders eventually endorsed Clinton. “I voted for Trump because, between Trump and Clinton, I felt Trump was the better of the two candidates — that and I think both Clintons are extremely corrupt,” she says.

I ask how she now feels about Sanders. “I think Sanders is all talk,” she says. “After the election was stolen from him, he went all out for Hillary. He should have contested the nomination at the convention, like he said he would.”

But her vote for Trump wasn’t simply an anti-Clinton vote. “I listened to Trump’s speeches and felt that he was connecting with people in ways Clinton didn’t,” she says. “Trump wasn’t bought and paid for. He wasn’t part of the military-industrial complex.”

Janet was more pleased than she had expected with Trump’s record as president. “He reworked NAFTA and stopped the TPP,” Janet points out. “He also addressed our economic arrangement with China to make it more fair, since the US is now practically owned by China, thanks to both major parties. And he was the first president in 40 years not to get us into a war.”

Regarding her political evolution, Janet says, “I’ve been a lefty far more often than not in my life. But I’ve come to see the benefits of capitalism. In 2016, I wasn’t bothered by Sanders being a democratic socialist, but that doesn’t resonate so well with me now. I’d like to see us create a new system, one that includes elements of capitalism to empower people to take risks, work hard, and create something special. But socialism also has something to offer. We need a stronger safety net for those who, through no fault of their own, can’t compete. We definitely shouldn’t have people living on the street.”

I ask Janet if there were any Democrats running for president in 2020 she could’ve supported. “I like Andrew Yang, but I still would’ve gone with Trump,” she says. “Yang seems to have a lot of good ideas and doesn’t demonize his opponents, but I’m not sure I trust him. I also like Tulsi Gabbard, but she’ll never get very far in the Democratic Party. The powers that be — both Democratic and Republican — destroy people like her, just like the Democratic Party destroyed McGovern.”

Janet is deeply concerned about the climate crisis, but doesn’t consider Trump a climate denier. “My impression is that Trump isn’t a climate denier but that he sees a lot of what’s being done as not very effective,” she says. “I think it’s too late to stop climate change. We have to adjust to it. I’m more interested in what we need to do at the personal and community level. We’re not going to get answers to climate change from Washington because both parties are beholden to big money.”

Janet was disturbed by the violence and vandalism at the US Capitol on January 6, but she sees it not only as a response to perceived election fraud but as a reaction to growing income equality, jobs going overseas, and members of Congress enriching themselves while making rules that do not benefit average Americans. “It was possibly a riot, but it wasn’t an insurrection,” she says. “I don’t blame Trump for what happened. He specifically called for a peaceful rally.”

Janet gets her news from an eclectic selection of media, including Twitter, Glenn Greenwald, Jimmy Dore, Matt Taibbi, Adam Housely, Mollie Hemingway, and CJ Pearson. “I don’t watch TV news — not Fox, Newsmax, ABC, or MSNBC — because they’re all trying to get people to adopt a certain agenda, trying to divide us. We’re easier to control when we’re divided, and it’s to their financial advantage.”

During my radio interview with Janet, we cover some of these topics and a few others. I hope you’ll give it a listen. As always, feedback welcome. Thank you.