Do you like drums? I do. Here’s one you’ll hear me beat until America wakes up or slips into a climate-induced coma:

That’s right. The lawsuit filed by the Iowa Sierra Club and landowners along the pipeline route will be heard by the Iowa Supreme Court this fall. It’s a solid and potentially historic case.

But does the mainstream media notice or care? Apparently not. So we have to get the word out through the alternative press, social media, and creative actions.

Creative actions like the First Nation – Farmer Climate Unity March. Sign up to be part of this week-long grassroots adventure that fills the void left by the media. Let’s wake people up to the importance of the landowner/Sierra Club lawsuit. If the Court rules against the Iowa Utilities Board, as it should, crude oil flowing through Iowa will stop.

Speaking of the mainstream media, in the Des Moines Register’s editorial endorsing Cindy Axne for Congress, I was shocked to read this: “While all of the candidates say addressing climate change is a priority, Axne has hands-on experience directing the Culver administration’s clean energy program.” 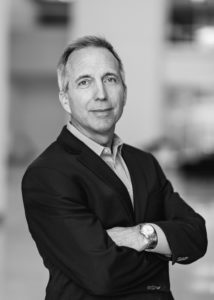 What’s shocking is that the Register suggests that climate change was a priority in its decision to endorse Axne, even though it never asked about climate in the hour-long interviews with Axne, Pete D’Alessandro, and Eddie Mauro.

Despite that, Eddie Mauro brought up climate change without being prompted. In his interview with the Register, at the 26:20-minute mark, Mauro says, “I would argue probably the most important issue that gets the least amount of play is climate change.”

Good for him! (Read Mauro’s full climate statement here.) And a thistle to the Register for failing to bring it up. Any community leader — whether in government, business, academia, or the media — who fails to prioritize climate change should be called to task.

Need more examples of the negligence of the mainstream media on climate? Consider three stories in the May 30 USA Today:

Flood-hammered Ellicott City faces a decision. Reporter Christal Hayes poses this question: “How could the unthinkable — a catastrophic flood —  happen again within two years?” Ok, good. Now go ahead, answer the question. I’m waiting. Reading through to the end of the article, the obvious villain — anthropogenic climate change — is never even mentioned.

Great Barrier Reef has survived 5 near-death events. Reporter David Carrig writes, “{S}scientists are not sure that the reef is resilient enough to survive the current crisis caused by rising ocean temperatures and coral bleaching.” Thanks, David, but “current crisis”? Can you say a little more? Oh, wait, the end of the article references “the pace of change caused by the many current stresses.” So, that’s the best you can do?

Hurricane Maria killed more than 4,600, not 64, report says. John Bacon writes, “Maria was one of three hurricanes in 2017 — Harvey and Irma were the others. All three are among the costliest hurricanes in U.S. history.” Yes, indeed. And why was that, John? I’m waiting. John, are you still there? Again, reading to the end of the article, there’s no mention of climate change.

It’s almost as if President Trump’s removal of climate change and global warming from many federal websites is now the accepted practice in the mainstream media as well. I guess there’s plenty of fake — and partial — news to go around.

Who will tell the truth? Who will talk about the severity of the peril we face with the mounting devastation caused by a warming planet on fossil-fuel steroids?

It’s up to you and me. Please, let’s wake up. Let’s wise up. Let’s put our minds to work and our bodies on the line before it’s too late.