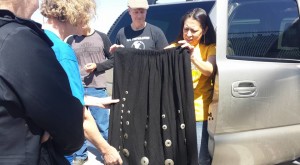 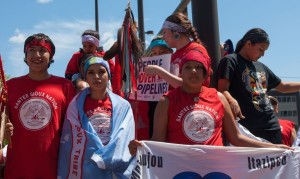 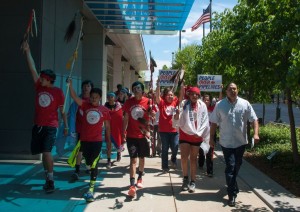 The Lakota runners are joined by 100 supporters in Omaha as they walk the final mile to the Army Corps headquarters.

Lakota runners and their supporters prepare to rally at the Army Corps’ headquarters. 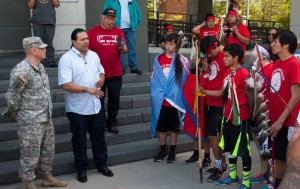 Manape LaMere of the Winnebago Tribe speaks to the Lakota runners as Colonel Reese of the Army Corps listens. 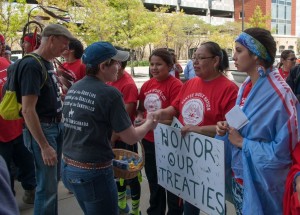 Ed Fallon and Jane Kleeb thank the young runners, as Jane hands them each a bag of sacred Ponca corn.

One Reply to “Run for Your Life photos”