Today is rainy and cold. I stop at a few homes, but people aren’t thrilled about talking at their door in this weather. My gear isn’t thrilled either. My raincoat fails to keep the goose-down jacket dry. My phone won’t work. The papers are soggy. The pen refuses to write.

So, I focus on walking, on staying warm, on thinking happy thoughts. 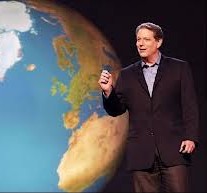 My mind wanders to Al Gore, his leadership on climate change, his mince-no-words criticism of the big oil companies. I like Gore. A lot. I would totally have him over for dinner, make him an omelette, even let him hold one of my chickens.

Twenty-eight years ago, it was different. I first met Gore in 1987 when he was campaigning for President. He pointedly staked out positions that were far more pro-corporate than any of the other six Democratic candidates. He dissed the Iowa Caucuses. He seemed to relish offending Iowa Democrats with positions regarded as extreme and ultra-conservative.

If Gore’s strategy was to lose Iowa, he succeeded majestically, finishing dead last in a field of seven. Even “Uncommitted” scored higher than Gore.

During Gore’s eight years as Bill Clinton’s Vice President, I kept my expectations low and was not disappointed. The Telecommunications Act. The gutting of Glass-Steagall. NAFTA. Welfare reform. All were part of the big business agenda pushed by the Clinton-Gore administration.

When Gore ran for President in 2000, the theme continued, culminating in Gore’s selection of Joe Lieberman as his running mate. I was pretty sure Al Gore was destined to be a lifetime member of the “Ed’s Most Disliked Politicians” club. 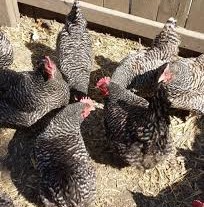 Well, times change. People change. I can’t think of one prominent political leader during my lifetime who has exhibited such a dramatic transformation as Al Gore. Today, I would absolutely vote for Gore for President. I would vote for him for Pope, or even to take care of my chickens while I’m on this walk.

So, as I trudge through mud and rain, I am encouraged by the reality that people – and even governments and economies – can and do change dramatically.

Later, when I am warm and dry and in front of my computer, I read in its entirety Gore’s 2014 Rolling Stone column on America’s turning point on climate. As we fight to stop this pipeline from slashing through the heart of the most productive farmland in the world, a few of Gore’s quotes from that column give me renewed hope:

“We are witnessing the beginning of a massive shift to a new energy-distribution model – from the ‘central station’ utility-grid model that goes back to the 1880s to a ‘widely distributed’ model with rooftop solar cells, on-site and grid battery storage, and microgrids.”

“At the turn of the 21st century, some scoffed at projections that the world would be installing one gigawatt of new solar electricity per year by 2010. That goal was exceeded 17 times over; last year it was exceeded 39 times over; and this year the world is on pace to exceed that benchmark as much as 55 times over.”

“The cost of wind energy is also plummeting, having dropped 43 percent in the United States since 2009 – making it now cheaper than coal for new generating capacity.”

“{Landline phone p}arallels have certainly caught the attention of the fossil-fuel industry and its investors: Eighteen months ago, the Edison Electric Institute described the floundering state of the once-proud landline-telephone companies as a grim predictor of what may soon be their fate.”

“There will be many times in the decades ahead when we will have to take care to guard against despair, lest it become another form of denial, paralyzing action.”

Thank you, Mr. Gore, for helping me guard against despair. We may have a long ways to go, but we have come so far, so fast.