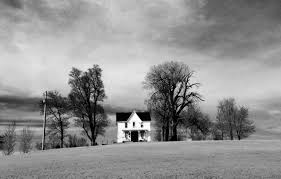 What a great start to the day: The Sac & Fox Tribe of the Mississippi in Iowa (Meskwaki Nation) has registered its opposition to the Bakken Oil Pipeline! This is significant. Native American resistance to the Keystone Pipeline has played a prominent role in stopping that project in Nebraska. Across the country, the influence of Native Americans continues to grow as they vocally express their concern for the land, water and planet.

In her letter to the Iowa Utilities Board (IUB), Tribal Chairwoman Judith Bender writes, “It will only take one mistake and life in Iowa will change for the next thousands of years.” (Read more in Indian Country Today Media Network.) It is encouraging to see such concern for the big picture – both in terms of time and geography. The pipeline does not go through Meskwaki land in Tama County. Yet the Tribe feels an obligation to speak out, not just about the immediate impact, but about the future over “the next thousands of years.”

On the other end of the spectrum stands Iowa’s labor movement. Members of LiUNA today delivered to the IUB a bundle of letters supporting the pipeline. Their argument is all about jobs. Temporary jobs for a handful of their own members at the expense of the environment. At the expense of landowners whose property and livelihoods would be impacted, perhaps even destroyed. At the expense of the planet and the future.

Walking along the gravel roads of Jasper County today, I reflect on how sad it is to witness such a myopic view from Iowa’s labor unions. Historically, Labor has stood-up for the average person. It has been a voice for justice, fairness and for those without clout. Yet in this case, Labor comes across as self-absorbed to the point of complete disregard for the environment and for affected landowners.

What a contrast to the broad view expressed by Judith Bender!

In the long run, Labor is hurting itself in this unholy alliance with Big Oil. Writes David Goodner in a compelling piece published earlier this year, “Labor’s position is also alienating them from their potential allies while strengthening the hand of their sworn enemies.” (Read the full column in Truthout, “Building Their Own Gallows: The Oil Pipelines”.)

I have walked over 160 miles from the Mississippi River to Newton. I have met and talked with hundreds of landowners and residents who live along the pipeline route. Some are for it. Some are against it. Many remain undecided. Not one person – not one! – has said they believe someone has a right to a job at the expense of their land and livelihood.