{Celebrate the completion of the Iowa Pipeline Walk: Earth Day Rally to Stop the Pipeline, Wednesday, April 22 from 5:00-6:00 p.m. at Locust and E. 7th in Des Moines. For the latest route and schedule detail, click here.}
**********
This morning, I received a disturbing message from a landowner I met recently:

“Ed. They are knocking at my door, with briefcases, TO TALK! Please hurry with your help. What are you going to do????”

I felt her desperation. I wrote back. I tried to call. Her frustration – my frustration, too – confirmed in me the importance of supporting landowners, who more than anyone, are caught in the cross hairs of this pipeline. 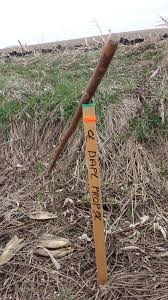 When I meet landowners who are scared, frustrated, confused as to what to do, I tell them no matter what, there is no reason to move quickly. Time after time, landowners recount how aggressive and persistent are pipeline representatives. Landowners are made to feel the pipeline is inevitable, they might as well sell and get it over with, they won’t get as much money if the company takes their land through eminent domain.

They hear from pipeline representatives repeatedly – at their door, by mail, on the phone. One farmer received as many as six calls a day from the company! 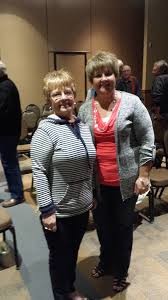 We – landowners, neighbors, Iowans, all of us – need to support the property owners who are under so much pressure. We need to reach out. We need to not be shy. In most cases, landowners want us to reach out. They want and need our help and the information and support we have to share – and this will become even more important as the pipeline company grows more and more aggressive.

At the meeting tonight in Storm Lake, I met people who truly understood the importance of sticking together, of supporting each other, of not being intimidated by slick pipeline salespersons.

Gary and Ginny Anderson and their daughter, Kim, attended tonight’s meeting. They are dead-set against the pipeline. More than anyone I’ve spoken with, Ginny impressed upon me the importance of neighbors talking with each other, and of community members providing support for landowners who often feel caught between a rock and a hard place.

“Farmers are quiet people,” she said. “When bad things happen, they go inward, hole up, don’t ask for help. In the farm crisis of the 1980s, our friends and neighbors didn’t talk with us. They suffered in silence.”

Ginny recounted how her parents went to visit neighbors who were struggling to hold onto their farm in the 1980s. The neighbors didn’t ask for help, and seemed to just want to keep to themselves. Ginny says her parents were there for hours – talking, consoling, sorting things out, trying to help their neighbors figure out what to do. The neighbors were truly grateful.

“This pipeline deal feels like the same thing,” concluded Ginny. “We need to circle the wagons. And we need to keep the lines of communication open between all of us.”